360 map of the history of Suomenlinna

The 360 map provides information on the different stages of construction of the buildings in Suomenlinna through photographs, text, drawings and an interactive aerial image. Suomenlinna has been under the rule of Sweden (1748-1808), Russia (1808-1918) and Finland (1918-). The map consists of the history of all these eras.

How to use the map

Use the mouse or arrow keys to move around the 360 degree virtual tour. You can zoom in and out using the mouse. You can change the viewing angle from one island or area to another by clicking on the aerial image or the map symbol in the bottom left corner.

Symbol in the bottom left corner opens a map where you can change the viewing angle.

Symbol launches a window with information on the building indicated.

Symbol launches a window with information on the entire island indicated.

Symbol in the bottom right corner hides all function buttons.

Go ahead and have a look at the map. 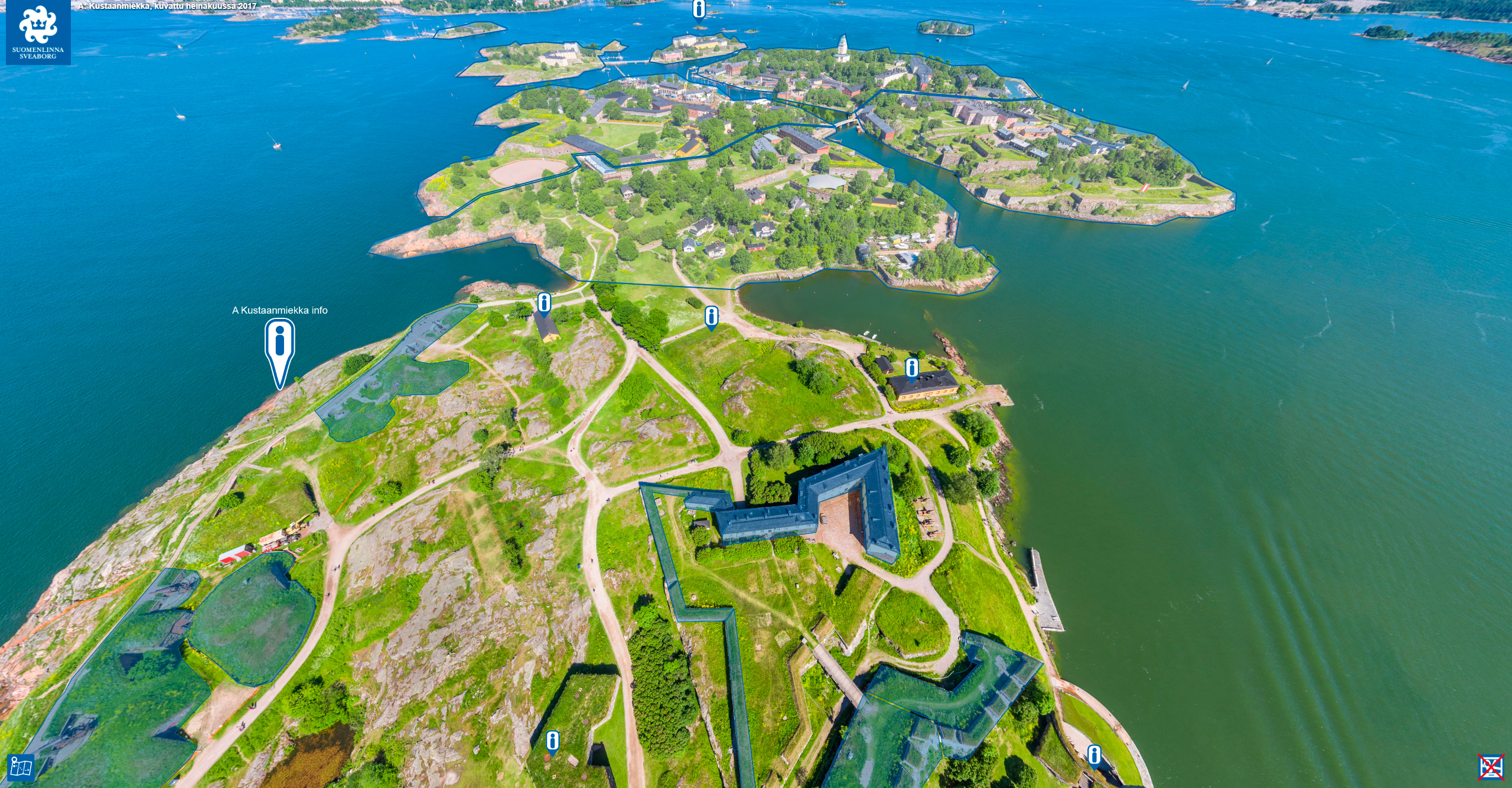 The text and images of the map were compiled by Minna Hanhivaara and Jaakko Koljonen from the Governing Body of Suomenlinna. The 18th and 19th century drawings (prior to 1808) of the fortresses used in the map are sourced from the Military Archives of Sweden. Drawings dating from 1808–1918 are sourced from the collection of Russian engineers held at the National Archives of Finland and which has been published. The photographs are mainly from the picture archives of the Governing Body of Suomenlinna, but included are also a number of images from the Finna service of the National Library of Finland.