Inhabited through its history

The sea fortress has always provided a home for a small community. The number of civilians has varied in different times, depending on the size of the garrison. The garrison community led a busy social and cultural life. Tourism started to develop in the 1960s, and soon the island that had traditionally been known as a garrison island also became a visitor attraction.

What has life been like on Suomenlinna during the past centuries? Read on!

At the time, the fortress was home to some 6,000 people, most of them soldiers working at the fortress construction site. The number of civilians was much smaller.

In addition to the families of the military, Viapori was inhabited by civil servants and merchants. Military officers only brought their families to the fortress once the living conditions had improved; many of them found a bourgeois house in Helsinki or a manor in the surrounding regions to build a home in. The building known as Noah’s Ark was built between the years 1764 and 1771 for the families of officers stationed on Suomenlinna. It was one of the first residential multi-floor buildings in Finland. 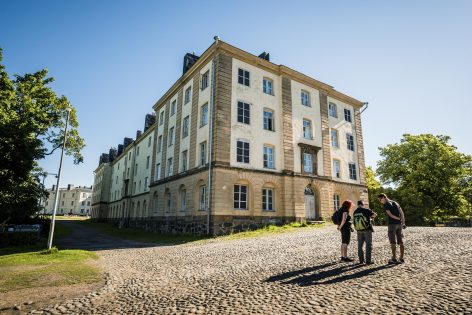 Augustin Ehrensvärd’s building plan included curtain buildings, which helped with the housing shortage. These fortification buildings were used for housing, but they also had other purposes. Wooden houses were also built on Viapori.

The fortress was prone to epidemics. The most common diseases included scurvy, which was caused by malnutrition, as well as dysentery, malaria, and various “camp fevers”. The medics at the fortress did their best to treat the illnesses, using methods such as bloodletting and health-enhancing waters. To help with preventing disease, Augustin Ehrensvärd gave instructions concerning hygiene and the soldiers’ nutrition.

During the Swedish era, Viapori was a cultural centre, and the officers on the island had a busy social life. Balls and card game evenings were organised in the homes of the officers or the manors in the Helsinki region. The officers maintained a culture of their own, based on the French language and court etiquette.

Augustin Ehrensvärd was a skilled painter, and music and literature were common pastimes in the fortress. Ehrensvärd even established an art school on the island. A “deckhand school” provided education for the children of Finnish soldiers on Viapori in the 1760s. 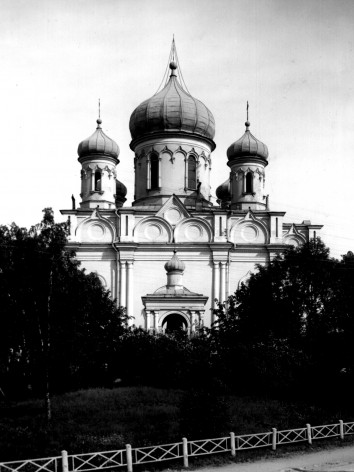 Numerous new barracks and a church were constructed in the fortress during the Russian era. In the early 19th century, the population of the fortress was larger than that of Helsinki. The Russian era saw new barracks, a hospital and a church constructed on Viapori. A total of 3,000 people, prisoners and soldiers, inhabited the island at that time. At its smallest, the civilian population consisted of no more than 1,000 people.

Viapori had both an Eastern Orthodox and a Lutheran congregation. The Russian army also included Catholic and Jewish soldiers from Poland, as well as some Muslims, making the 19th century garrison community quite diverse.

The community had various services available to them: trading houses, a pharmacy and schools upheld by the different congregations. In the early 19th century, Nikolai Sinebrychoff started his brew house on the Länsi-Mustasaari island.

The soldiers lived in very small barracks. However, officers and their families inhabited large apartments, and sometimes even had wooden villas of their own. In the 19th century, Viapori had dozens of small wooden buildings and gardens. Nearly all of the wooden buildings have been ruined, so any modern-day visitor will have to use their imagination to picture the view to the built-up fortress of old.

The completion of large barracks buildings on the Iso Mustasaari island meant extensive construction works in the fortress. The Eastern Orthodox church was completed in 1854. The Jetty Barracks were completed between 1868 and 1870, soon taking its place as the new, impressive entrance to the fortress.

In the 1840s, new buildings were completed for the hospital in the fortress. The much feared cholera reached Helsinki in the early 1830s, and the Viapori cholera cemetery was established in Santahamina in 1847.

After Finland’s declaration of independence, the garrison was inhabited by a Finnish garrison community. The Russian garrison left Viapori in the spring of 1918, leaving the fortress empty. The peak of the population on Suomenlinna took place between 1918 and 1920, as the Civil War brought a war prison camp to the fortress. The prison barracks were filled up, holding as many as 800 prisoners, which led to a great tragedy.

The Finnish garrison moved in to the fortress in the spring of 1918. After the Civil War, Helsinki suffered from a severe housing shortage, and even on Suomenlinna, people were living in temporary housing organised on Kustaanmiekka.

As Suomenlinna was a military area, it was mandatory for all inhabitants to carry a pass issued by the office of the commandant. The inhabitants became increasingly unhappy with the poor shape of the residential buildings and the difficulties in transportation between the city and Suomenlinna. 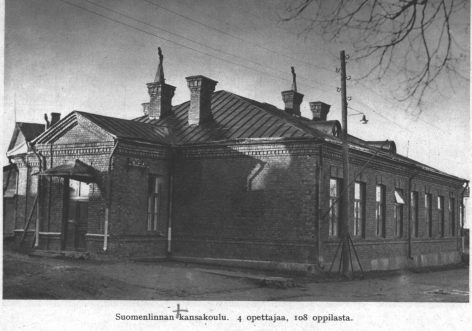 Various shops, a school and a kindergarten were already operating in the fortress in the 19th century. The basic services on the islands were established after the declaration of independence. The elementary school on Suomenlinna was founded in 1921, and the kindergarten was opened in 1924. The library, still active today, was opened in the 1950s.

The post-war era saw the buildings of the fortress in poor shape, which had led the defence administration to consider giving the properties up altogether. This is how the magazine Akateeminen described life on Suomenlinna in 1964: “Half of the apartments lack all conveniences. There is no running water, no sewers, no central heating. The lavatories may be located 200 metres from an apartment, while the wood shed is 200 metres in the other direction. Even the stone walls dating back to Ehrensvärd are used for housing on Suomenlinna, even though they need to be heated daily even during the summer due to moisture. Water is carried on a horse, or just carried.” (Akateeminen, 29 April 1964)

In the worst cases, the roof of an apartment could fall down, or the walls might be covered in mold. Despite these shortcomings, the inhabitants found it necessary to live in the peaceful fortress, close to nature.

The shipbuilding industry played an important role in Finnish reparations, and many vessels were manufactured at the Valmet dock on Suomenlinna for reparations. Apartments were renovated for the dock workers in the residential buildings of Länsi-Mustasaari. The peak year of civilian inhabitants on Suomenlinna was 1952, when the population of Suomenlinna reached a total of 1,649.

Carrying a pass was no longer required after 1948, but for a few years, all visitors to the island had to pay an entrance fee. Tourists’ interest towards the fortress was awakened, and as the new ferry started operating in 1952, the development of the fortress as a tourist attraction started.

Preparing a planning proposal for Suomenlinna

In 1969, the state established a team to draft a planning proposal for of Suomenlinna. The team found it essential that the historically valuable areas in Suomenlinna could be preserved as a whole and put to good use. To gain ideas for the future of the island, an architect competition was organised. The team also proposed that the Naval Academy would be left on Suomenlinna for historical reasons.

In 1973–1974, a plan was prepared for the use of Suomenlinna, comprising a proposal for the main principles of the islands’ future development. In the plan, it was proposed that several cultural and research institutes should be placed on Suomenlinna, and the islands were to be kept vibrant through increasing the population. Proposals concerned both renovating old buildings and building new ones.

It was also emphasised that as a whole, Suomenlinna is a valuable historical monument.

Not all of the ideas in the planning proposal drafted in 1973–1974 came about. However, in many ways, the principles of development established in the plan remain the basis for the work of the  Governing Body of Suomenlinna , founded in 1973. The Governing Body of Suomenlinna is a state agency operating under the Ministry of Education and Culture. Its main duties include the administration of the fortress site and properties and the development of the area. 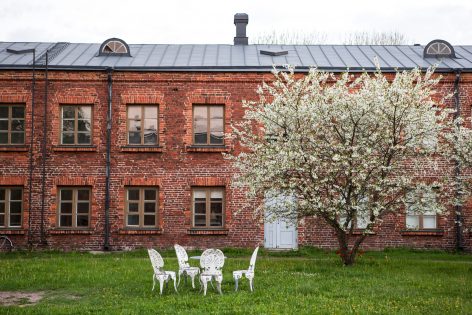 Today, Suomenlinna is home to approximately 800 inhabitants. Suomenlinna has over 350 apartments, most of which are maintained by the Governing Body of Suomenlinna. The only military unit left on the island is  the Naval Academy, offering education to some 250 soldiers every year. Services available to the island’s inhabitants include a library, a primary school and a grocery shop.