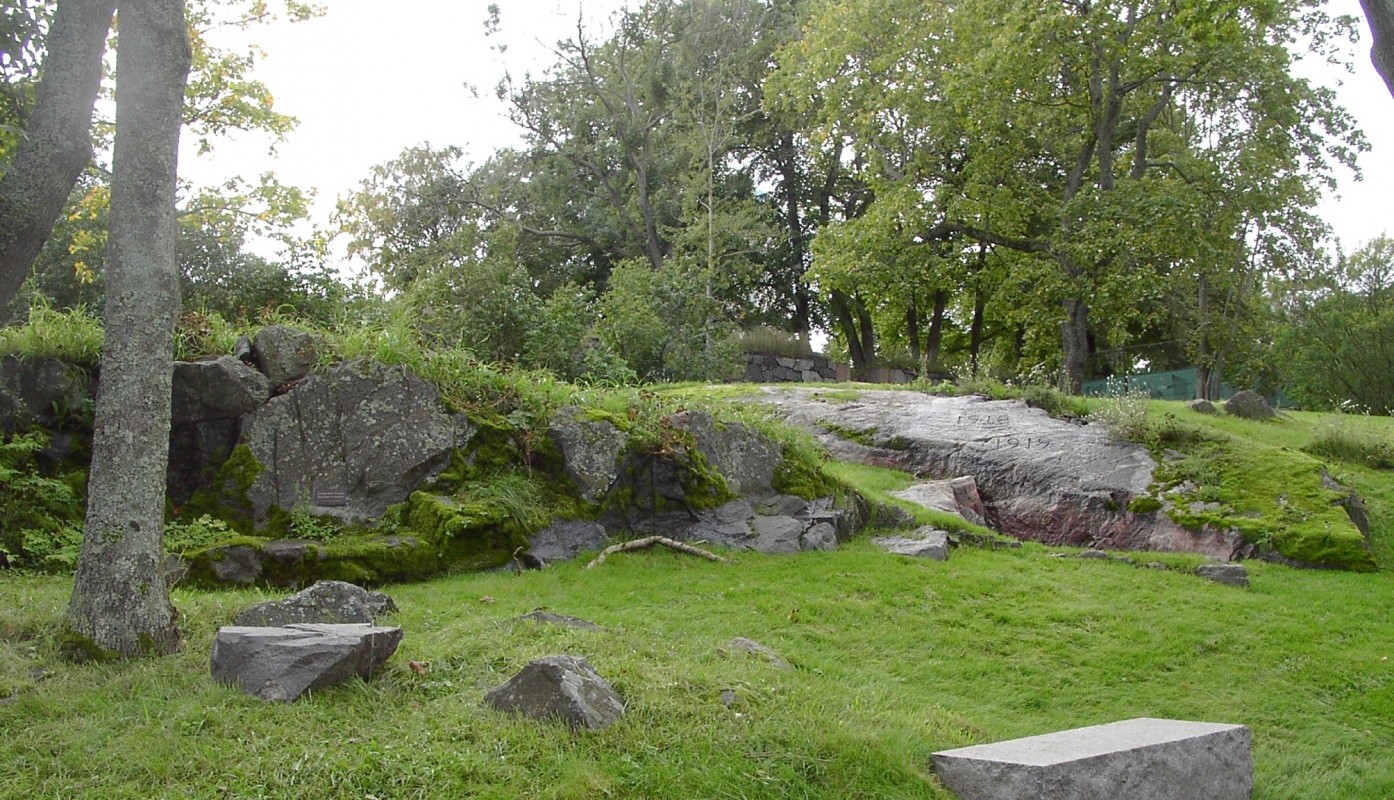 A POW camp was located in Suomenlinna at the beginning of independence, from 14 April 1918 until 14 March 1919.

After the civil war, a total of 8,000 prisoners–members of the Red Guard and suspected sympathisers–were interned in the camp. A tenth of the prisoners died of starvation and diseases. Those who perished in the prison camp were taken to Santahamina to be buried. 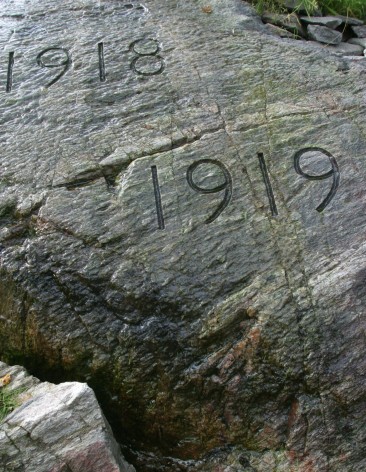 The memorial consists of two rocks, one in natural condition and one quarried, and a rectangle cut in stone. The work of art was created by shaping the existing environment. The years 1918 and 1919 have been cut into the rock, which is constantly worn by flowing water. Attached to the work is a plaque with the name and date of the prison camp written on it.

The work of environmental art was designed by Marja Kanervo and it was unveiled on 28 September 2004. Casino Park on Iso Mustasaari island was chosen as the memorial site because it is in a quiet location away from the principal tourist routes and separate from the areas of the actual prison camp.

The memorial is located close to the ferry harbour. The distance from the main quay is about 100 metres. To reach Casino Park, turn left after getting off the ferry, do not enter the gateway in the Jetty Barracks but instead continue straight along the shore road for a short distance. The memorial is to the right of the road. During the summer season, the waterbus stops at the Artillery Bay quay, which is about 500 metres away.