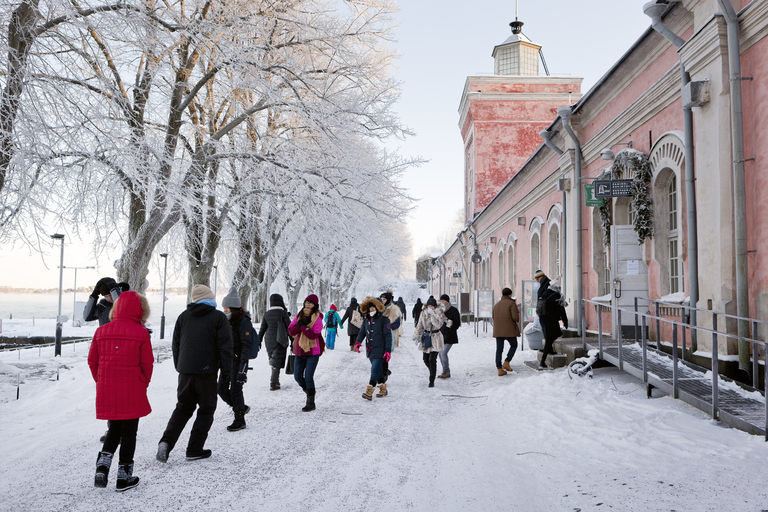 The pink-plastered Jetty Barracks, built during the Russian era, is the main gateway to the fortress. The building dominates the northern shoreline of Suomenlinna. It is the first building visitors see as they arrive at the main quay.

The vaulted, tin-roofed stone barracks was built in 1868–70. It was designed to accommodate 250 soldiers in peacetime.

One part of the building was used as the main guard house with detention rooms, rooms for prisoners as well as rooms for the guards and the officer on duty. In addition, the barracks included a kitchen, the men’s living quarters and lavatories.

Today, the Jetty Barracks houses the tourist information office, Suomenlinna Brewery and its restaurant, the HAA Gallery of the Helsinki Artists’ Guild and Viaporin Deli & Café.