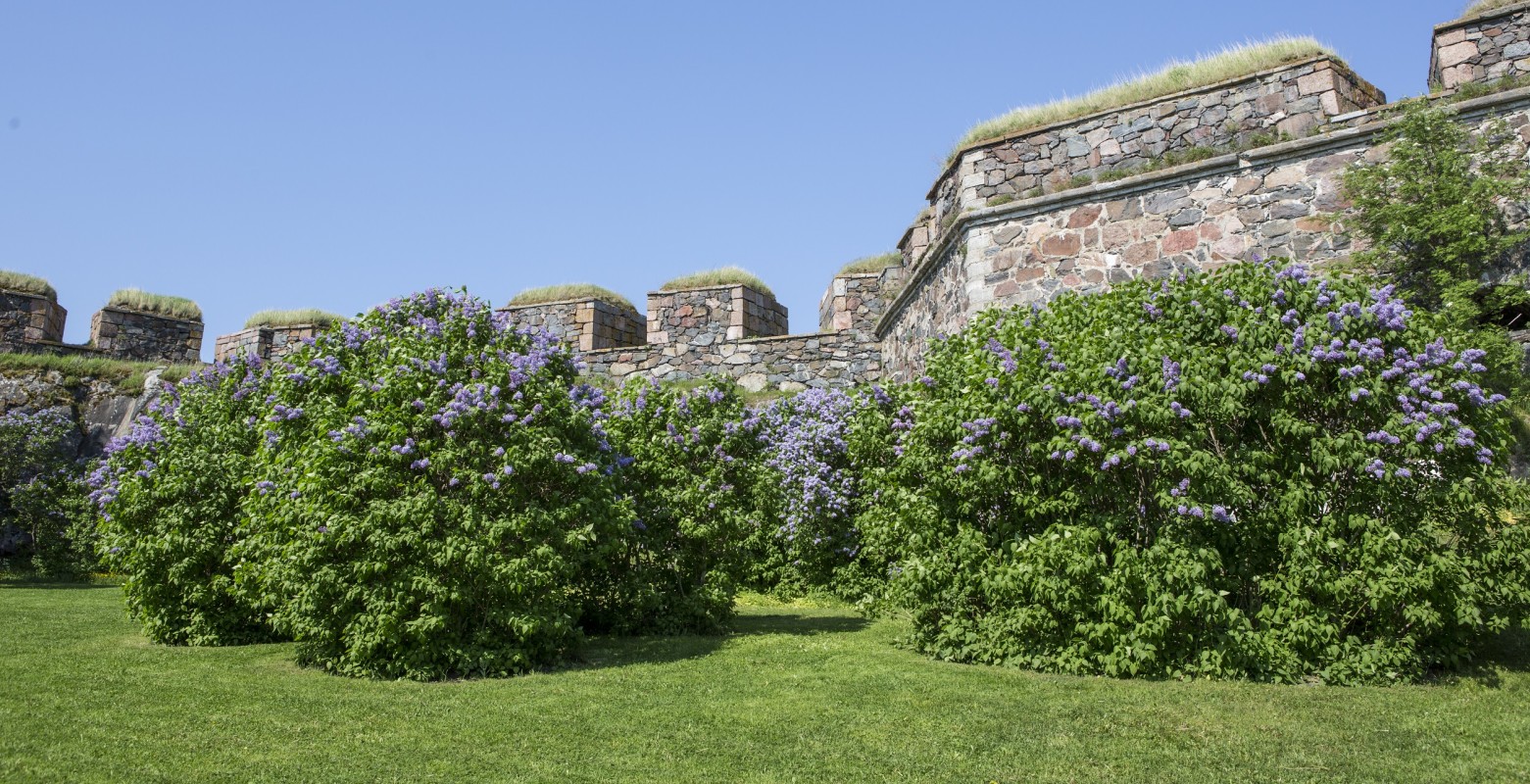 The Myllysali hall is located in the middle of the fortress, in the Tenaille von Fersen. A horse-drawn grinding mill was originally located in the room. The beautiful vaulted hall is lit by a large window, which opens onto the dry docks. 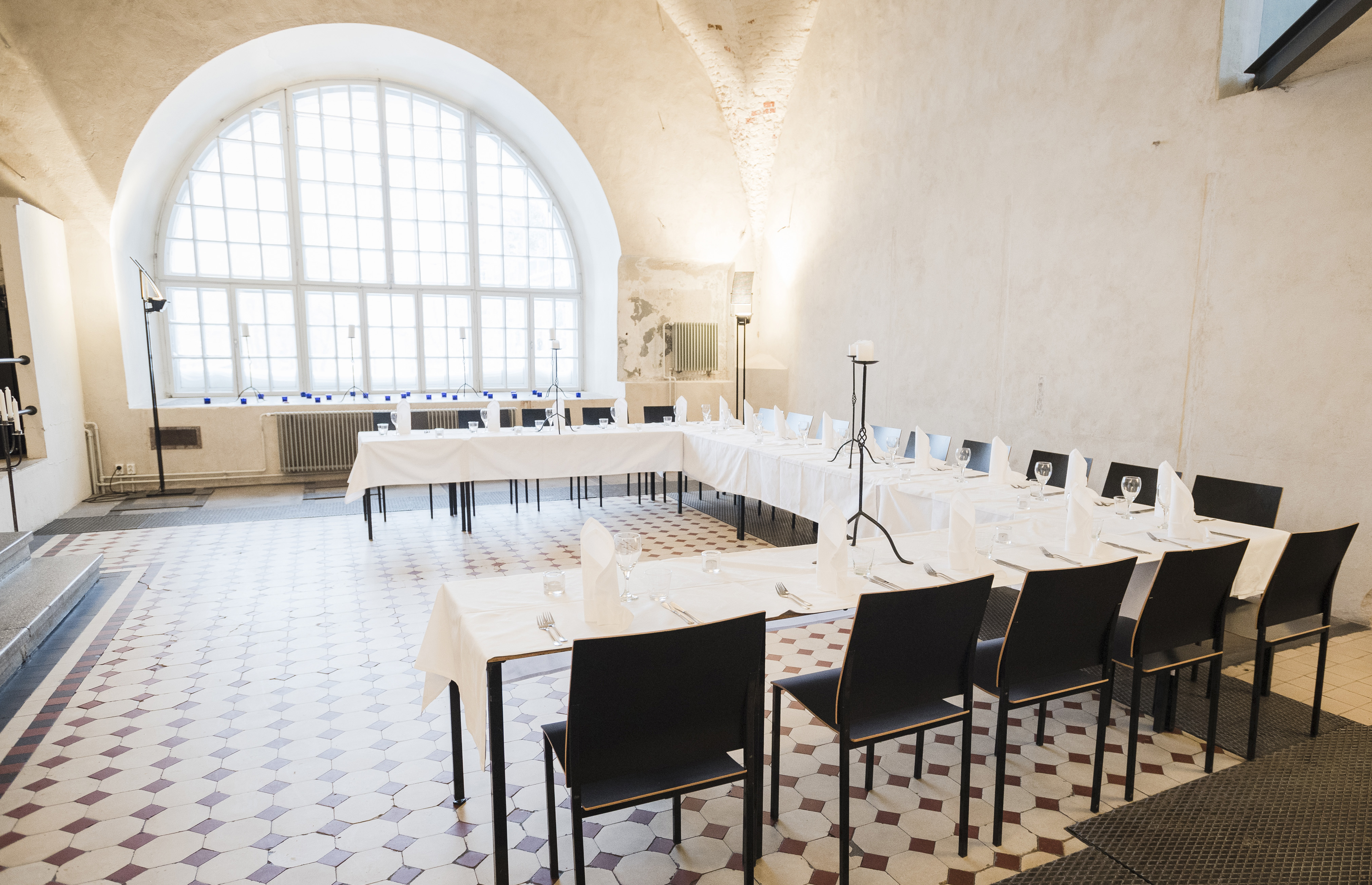 The atmosphere in Myllysali hall is perfect for parties, concerts and small plays. The resounding acoustics of the high, cross-vaulted room should be considered when planning the programme for your event.

The hall can be rented by itself or in conjunction with the Tenaille von Fersen banquet hall. Movement between the facilities is possible through the Leipomo and Korppukuivaamo corridors.

The cabinet, located on the first floor, is also at the renter’s disposal The cabinet window faces the dock basin.

The kitchen is equipped with a refrigerator, cold drawers, stove, oven, coffee maker, electric water heater and dishwasher. The toilet facilities are located on the first floor and accessed by stairs, which is why the facility is not suitable for people with mobility difficulties.

The construction of the Tenaille von Fersen date from different eras. In the construction work started in 1773, a horse-drawn grinding mill was built at the eastern end and a bakery, with six large baking ovens and a vaulted biscuit drier on top of the ovens, in the middle part of the building. A granary stood on the site now occupied by the grand banquet hall. At the beginning of the Russian period, the building was used for its original purpose. In 1843, however, there is a mention of the grinding mill being broken and out of use. The topmost floor of the building was so badly damaged in bombardments during the Crimean War that it had to be torn down and was left as a low attic floor under the tin roof. After 1915, a central electricity station, still in use during the Finnish period, was built in the old grinding mill room.

In the renovation, completed in 2006, the Myllysali hall was converted for use as a banquet and concert facility for approximately 60 people together with the foyer of the banquet hall. Originally the building had two floors. A triangle-shaped loft, leading to the toilet facilities, has been built as a reminder of the old wooden intermediate floor.

The floor of the Myllysali hall, consisting of parts made during different eras and from different materials, was kept and restored. The ceramic tiling (built in 1915) was repaired, the old floor ducts were covered with new steel plate covers and dents in the concrete were filled with pigmented concrete.

Take a 360 look at Myllysali hall