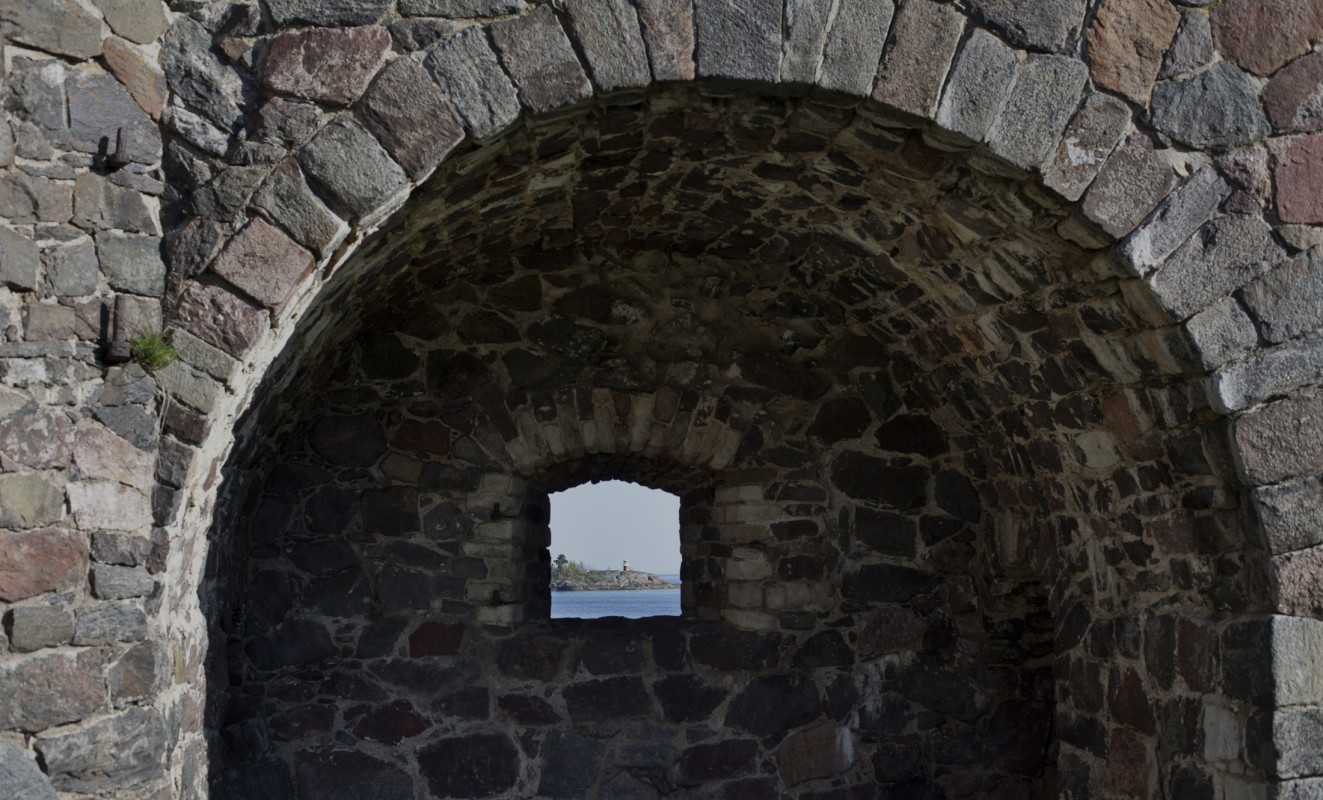 The Pirunkirkko banquet hall is an atmospheric room that can accommodate up to 120 people. The banquet hall is divided by a vaulted colonnade and furnished by long grey tables and benches that fit with the look of the room. 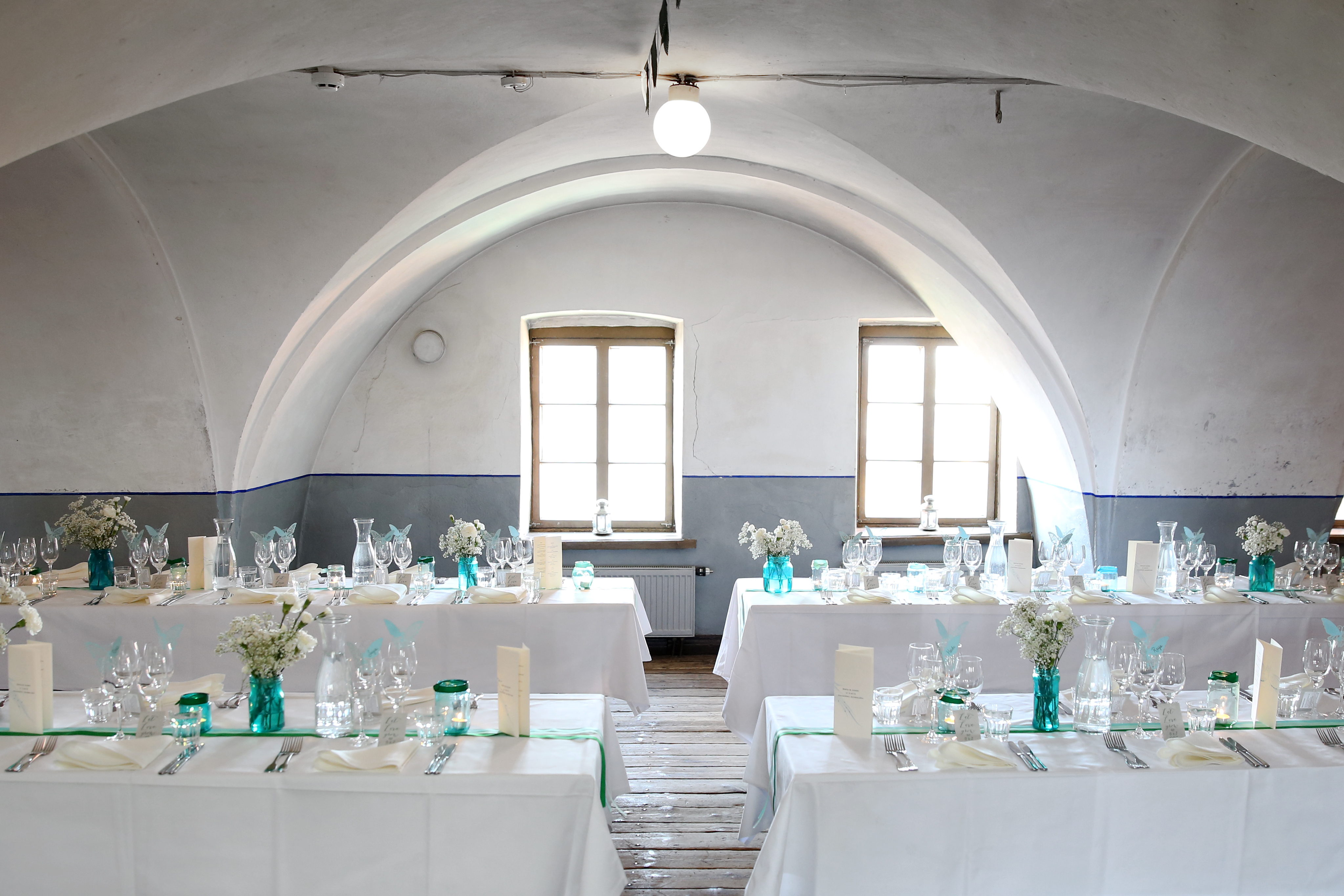 The main entrance is via a passage through the building, and from there the first floor is accessed via a grand spiral staircase. The hall is painted in traditional colours: the upper parts of the walls are white and the lower parts light blue. The planching, patinated by time, as well as the murals in the main staircase and the back room create the special atmosphere of the church. The hall is perfect for organising parties and festive events. The Suomenlinna Church is only approximately 200 metres away.

King Gustav III of Sweden laid the foundation stone of the Crownwork Ehrensvärd in 1775. The construction of the wings started in 1776. By 1777, the northern end and the western front of the granite cellar floor of the building had been bricked.

The building was badly damaged in bombardments during the Crimean War. After the war, the topmost floor was torn down and the first floor remained as a ruined attic space. The northern end of the ground floor was used as a school. The first proper floor of the lavatory wing was renovated as a Russian Orthodox prayer house.

In 1994–1996, new toilet facilities were built in the old lavatory wing and a new kitchen was built for the banquet hall. As part of the renovation work, two studios and one apartment were created in the rooms at the northern end of the banquet hall floor.