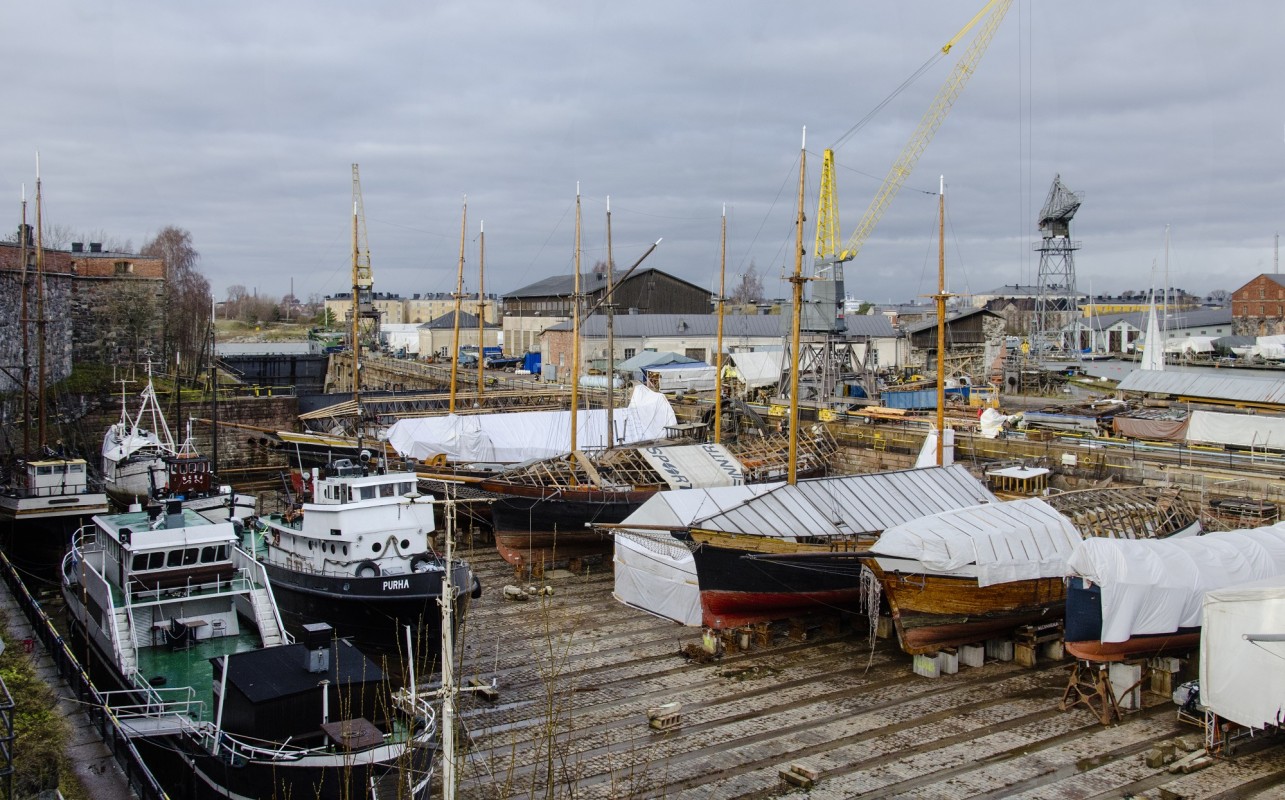 The dry dock in Suomenlinna is the oldest in Finland and one of the oldest operational dry docks in Europe.

During the Finnish period (1918– ) the State Aircraft Factory used the dock for building the first Finnish airplanes. In the 1930s, the dock’s inner basin was used as a naval submarine base. After the Second World War, Valmet Oy took over the ship-building operations, initially building ships as war reparations to the Soviet Union.

Nowadays the dry dock’s large basin is used for repairing wooden sailing ships. The repairs are carried out by a private association called Viaporin telakka, committed to conserve the knowledge and skills related to old sailing ships and their refurbishment.

The area also houses a smithy, a boatbuilder’s yard and a sailmaker’s workshop.

The large inner basin is emptied and re-flooded twice a year: in autumn as ships enter the dry dock, and in spring when the ships sail out.