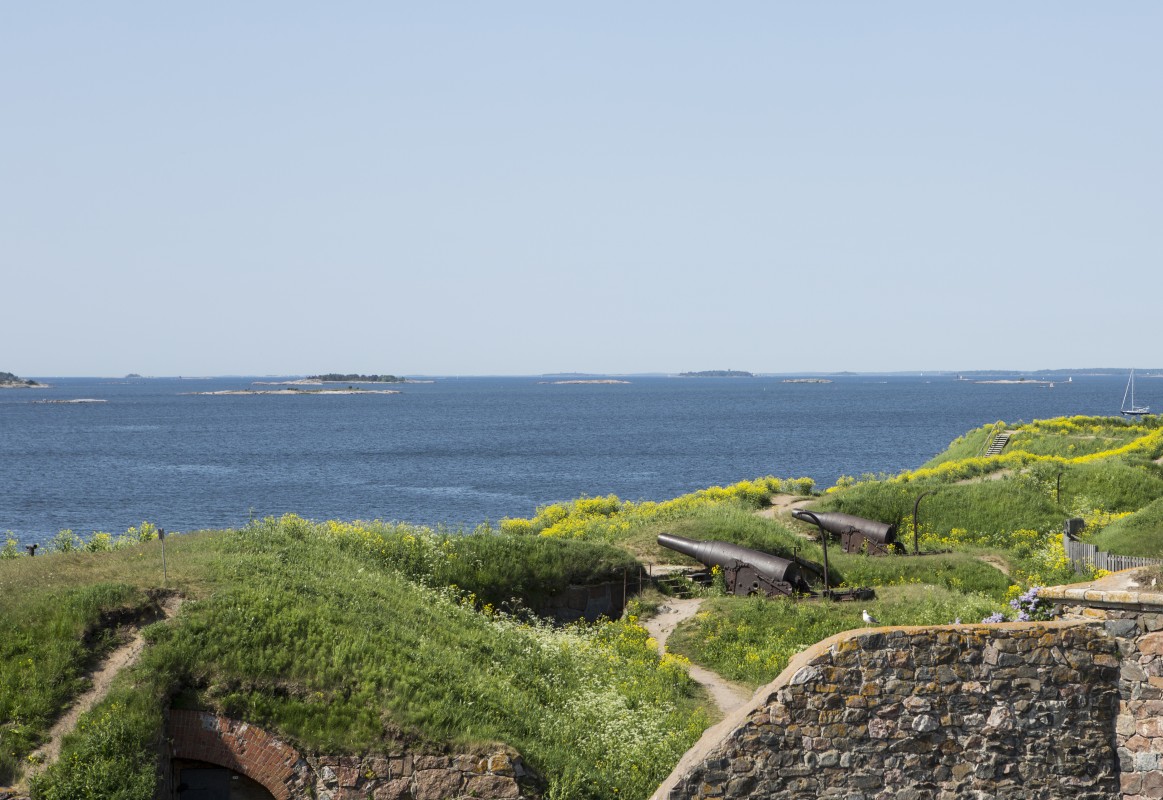 The renovated banquet hall is located in the old granary of the fortification’s bakery, built in 1775. The rough and lively surface of the tall tile vaults gives the hall its distinctive look. 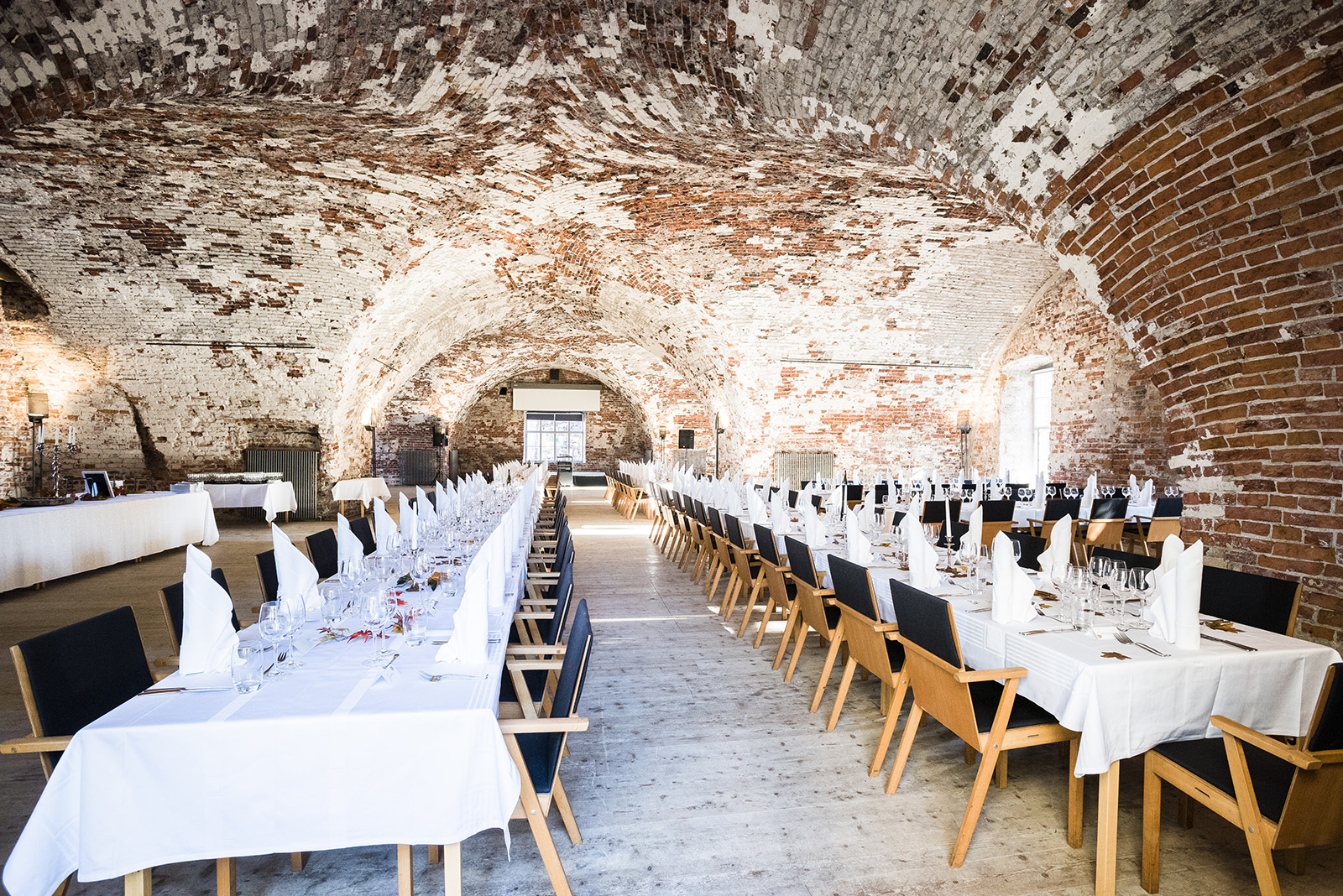 The renovated banquet hall is located in the old granary of the fortification’s bakery, built in 1775. The rough, lively tile vaults and grand windows of the hall give the space a unique atmosphere. Tenaille von Fersen is suitable for festive events, concerts and conferences alike. 200 people can be seated for dinner.

The main hall is divided by tall arches, providing a natural division into different areas for dining and organising the entertainment, for instance. Tables and chairs are not pre-arranged, and furnishing for the area can be ordered separately at an additional charge. The lighting in the hall can be dimmed and the windows are equipped with blinds. A grand piano is available at an additional charge. The toilet facilities and a storage space for the use of customers are located in the opposite bastion Seth. The banquet hall is accessible by wheelchair via a special lift.

The smaller Myllysali hall, located in the same building, can be booked in connection with the Tenaille von Fersen, allowing the organisation of large events. Moving between the two halls is easy through the connecting Korppukuivaamo corridor.

The oldest construction phase of the building was at the beginning of the 1750s, when a reserve for rainwater was constructed on the site where the bakery is currently situated. In 1759, the construction of the docks’ pump room was started in the south-western part of the galley basin. By 1761, two wells had been mined in the pump room. The wells were connected to the dock basins via a vaulted corridor.

In 1773, a new phase in the history of the Tenaille von Fersen began when the implementation of the general plan made by J. M. Sprengtporten started. The water reserve project was rejected and a large bakery was built in the area between the reserve and the pump room. The construction of the bakery was almost complete by 1775.

At the beginning of the Russian period the building was still in its original use, but in the 1830s the unheated attic was transformed into barracks facilities. The bakery was still being used for its original purpose. The topmost floor of the building was so badly damaged in bombardments during the Crimean War that it had to be torn down and was left as a low attic floor under the tin roof. In the 1880s, the pump shafts were filled with earth, the floor of the pump room was covered with tarmac and the room was made into a manege for shooting exercises.

At the beginning of the Finnish era, the building served as a prison garrison. Since then its functions have included acting as a charge chamber and storage for the submarine fleet and, later on, a storage and workshop room for Valmet Oy. In 1964 the building was assigned to the predecessor of the National Board of Antiquities, which tore down several layers of the building, unveiling the original structure. After the demolition work, the building stood unused and unheated until the end of the 1990s.

In 1998, in the first phase of the renovation work, the great storage space was restored to its current usage. The original tile floor of the hall was badly weathered and would not have endured use. A new planching was installed to protect the floor, with the necessary technical installations under it. The weathered vaults were cleaned and left unplastered, conserving the look and feel of the hall.