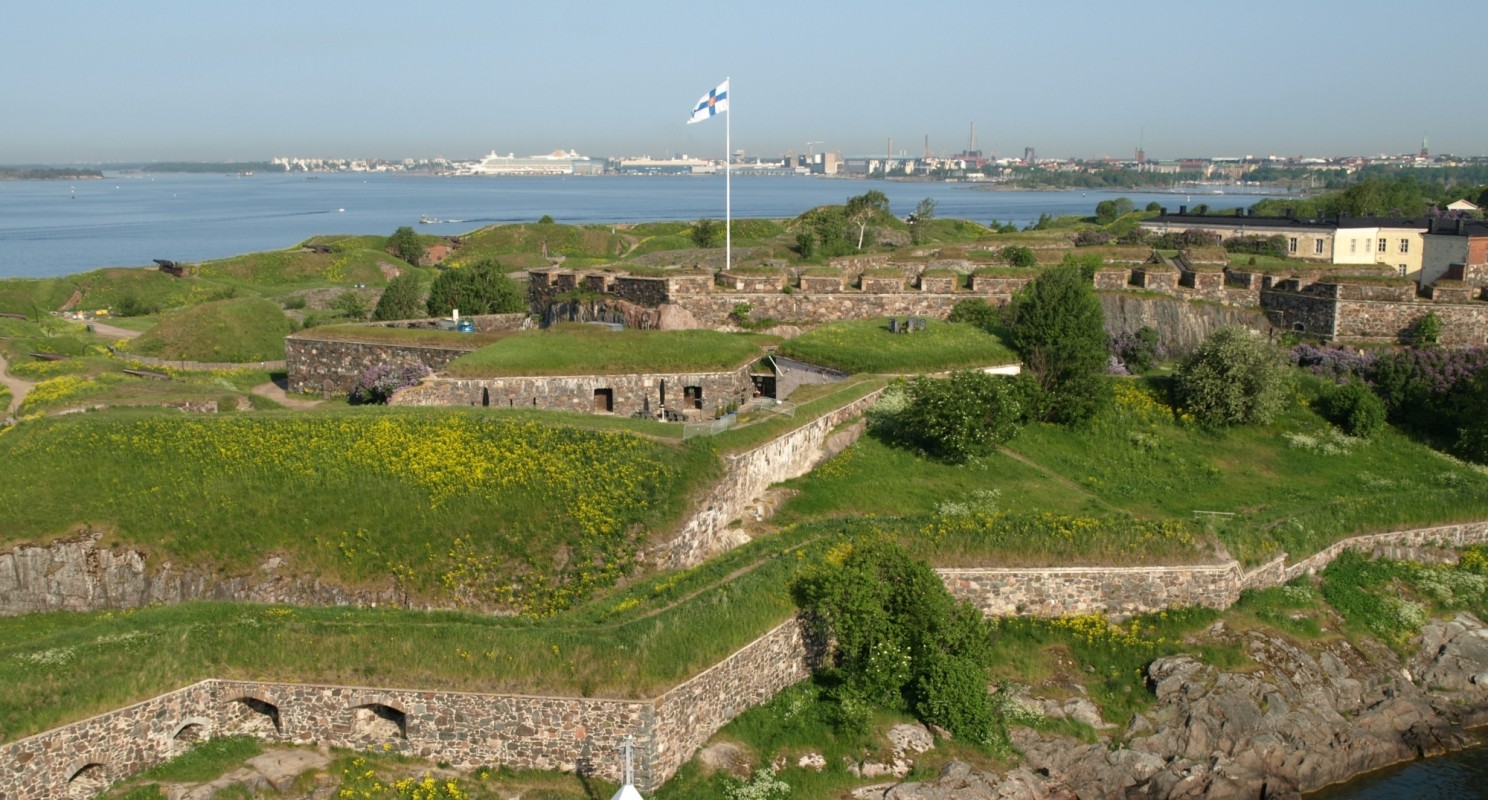 Bastion Zander at Kustaanmiekka, in southern Suomenlinna, has been the flag bastion of the fortress throughout its history.

The bastion was built between 1748 and 1750 as part of a chain of four bastions. The walls of the bastion comprise mainly vertical rock faces with a low parapet on top which has 14 embrasures in it. 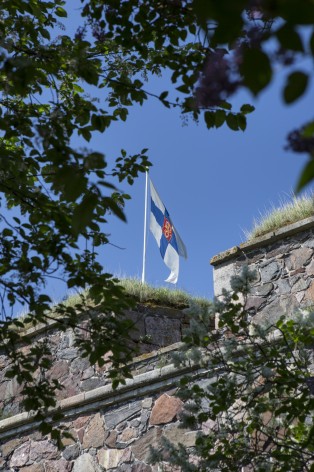 Bastion Zander offers a good general view of the fortress and its fortifications. You can see how the fortifications, which started at the King’s Gate and guarded the narrow channel between the islands, have been raised–in the early 19th century–and how, towards the end of that same century, they were partially buried under sandbanks as the defence line was turned to face the open sea.

Today, the flag flies high over bastion Zander from 12 May to 29 September. The flag hoisting date is significant because the flag of an independent Finland was hoisted over Suomenlinna for the first time on 12 May 1918. Senator Svinhufvud said in his speech,

‘Today, Finland is free. Now the flag of Finland is flying on the ridge of this old fortress. To commemorate this, the Senate has decided that the name of the Viapori fortress shall henceforth be Suomenlinna. Let no enemy ever be able to pull down this flag, but let it always fly at this very place.’

Bastion Zander is about 1.5 km (1 mile) from the main quay. During the summer season, the waterbus stops at the King’s Gate, which is about 100 metres away.